Oliver Perks was born on February 10th 1920, in Bristol. One of six children, he went to Blundell's School, Tiverton in Devon, and then in 1938 to Exeter College, Oxford to read Law. He had only completed a year of his studies before the Second World War broke out.

Oliver initially joined the 16th Field Training Regiment at Exeter on the 15th August 1940. He was commissioned in 1943, and then served in the 90th (City of London) Regiment until the end of the war.

Oliver died peacefully in his sleep on the 3rd November 2012, aged 92. He had been active right up until the last few months of his life. Even in the last week of his life he was recounting his wartime experiences to visitors from America. 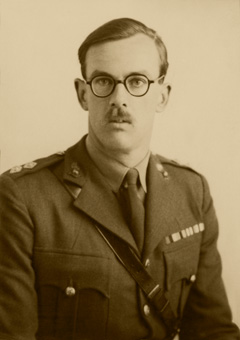 Oliver began recording his WWII memoirs in 2008, but had already published a number of articles and letters in the The Gunner - The regimental magazine of The Royal Regiment of Artillery. 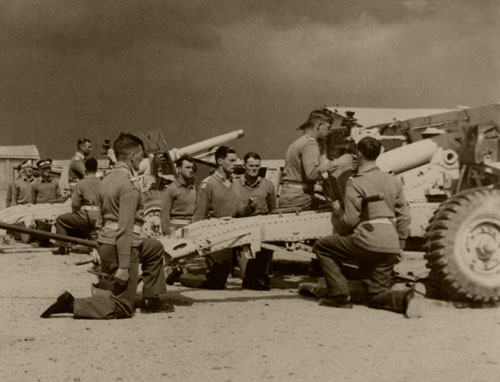 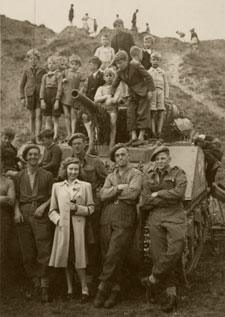 5 Sept 1944: Brussels. Oliver can be seen standing behind Mevr Dumont.

This website contains a variety of photographic, audio and written documentation about Oliver's WWII experiences. It was set up in February 2010 to celebrate Oliver's 90th birthday, and features his wartime blog in the form of detailed recollections covering the period 1940-1945. Oliver had an amazing memory, and recalled his WWII experiences with candour and humour, describing both the serious and the trivial.

Each chapter of Oliver's Blog is an edited transcription of one or more of his audio recollections. You can listen to these recordings at Oliver's Podcasts, add them to your audio collection via iTunes, or subscribe to our RSS feed. Oliver was a keen photographer, so his wartime Photo Album is featured, as well as a Photo Gallery with detailed captions and dates. There is also a Timeline that lists all dated events and photographs, together with other key dates.

You can search for specific information by clicking on the Search option at the top of any page. Also, you can click on any image for a larger view.